History of the Wok

The wok is a versatile round-bottomed pan which originates in China. In the country of it’s origin, it is considered to be one of the most common cooking utensils, and is even used in East Asia and Southeast Asia. Since being invented around 2,000 years ago (although some will disagree, saying no more than 500 to 1,000 years ago), this versatile piece of cookware has become a very popular niche cooking tool throughout a large part of the industrialized world.

The very first known woks were thought to be recreated from little pottery models on the pottery stove modes in the Han Dynasty tombs. The Han Dynasty lasted from roughly 200 BC until 200 AD. Historians and metallurgists are still unsure, however, if this versatile cooking pot was an original Chinese invention, or if the idea was borrowed from some other culture. Many agree that it was most certainly the second- that is, that it was borrowed from elsewhere. The reason behind this is that the same sort of pan is used throughout India, and Southeast Asia (such as Thailand, Laos, Khmer, or the Malay Peninsula), and so many scholars assume it was borrowed from one of those places, where it is almost universally called a Kuali. This route of thinking continues, thinking that the word ‘kuo’ must have developed from the word ‘kuali.’ 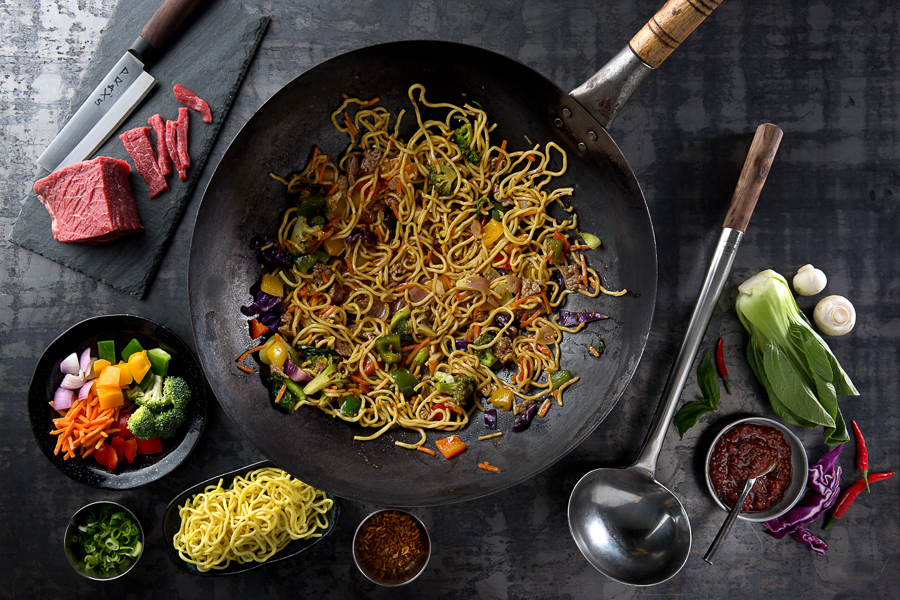